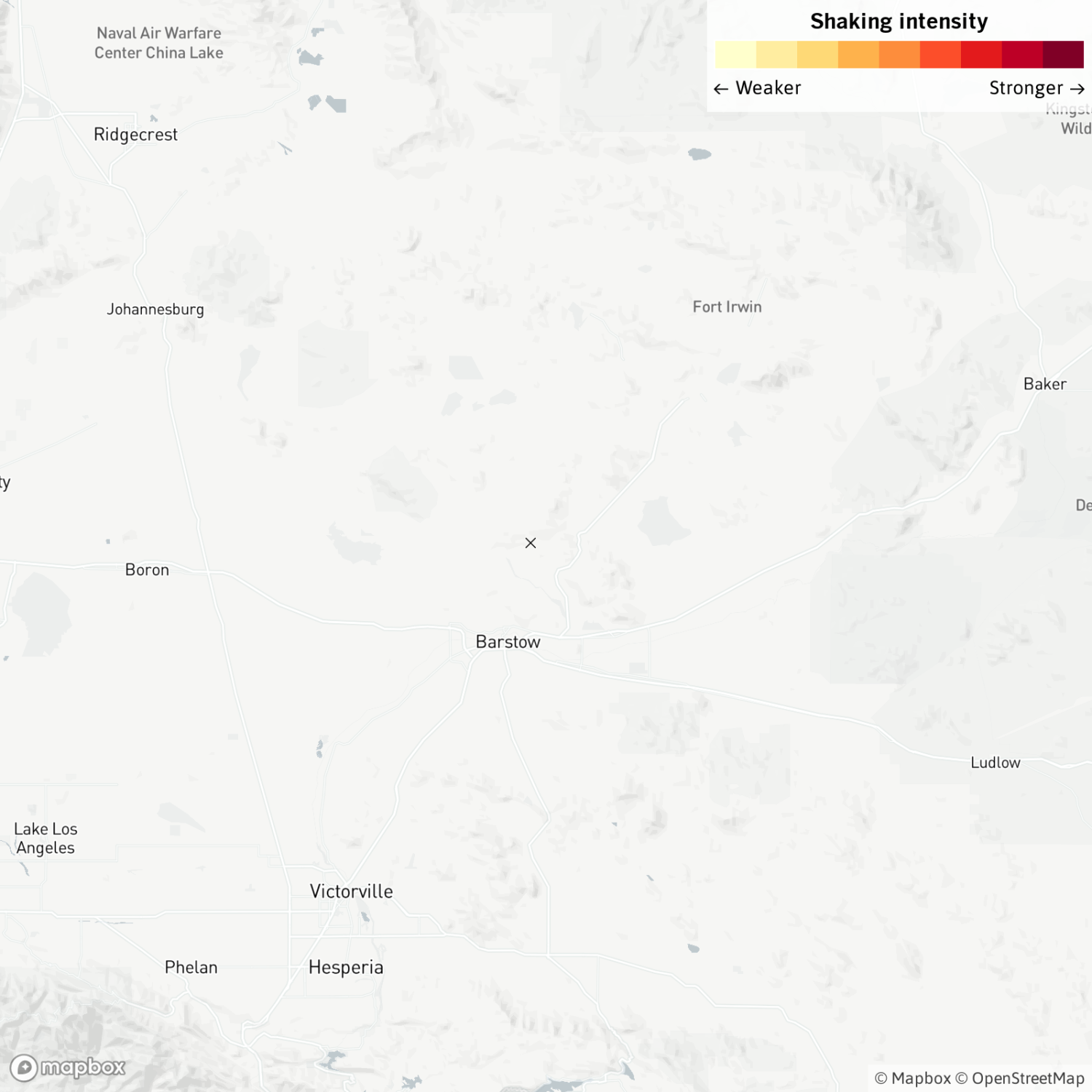 A magnitude 3.6 earthquake was reported at 2: 51 a.m. Sunday eight miles from Barstow, Calif., based on the U.S. Geological Survey.

The earthquake occurred 29 miles from Apple Valley, 33 miles from Victorville and Adelanto, and 37 miles from California Metropolis.

Within the final 10 days, there have been no earthquakes of magnitude 3.0 or better centered close by.

A median of 234 earthquakes with magnitudes between 3.0 and 4.0 happen per yr in California and Nevada, based on a current three yr information pattern.

The earthquake occurred at a depth of 0.9 miles. Did you’re feeling this earthquake? Think about reporting what you felt to the USGS.

Are you prepared for when the Large One hits? Prepare for the following huge earthquake by signing up for our Unshaken newsletter, which breaks down emergency preparedness into bite-sized steps over six weeks. Be taught extra about earthquake kits, which apps you want, Lucy Jones’ most essential recommendation and extra at latimes.com/Unshaken.

This story was mechanically generated by Quakebot, a pc software that displays the most recent earthquakes detected by the USGS. A Instances editor reviewed the publish earlier than it was revealed. In case you’re enthusiastic about studying extra concerning the system, go to our checklist of frequently asked questions.