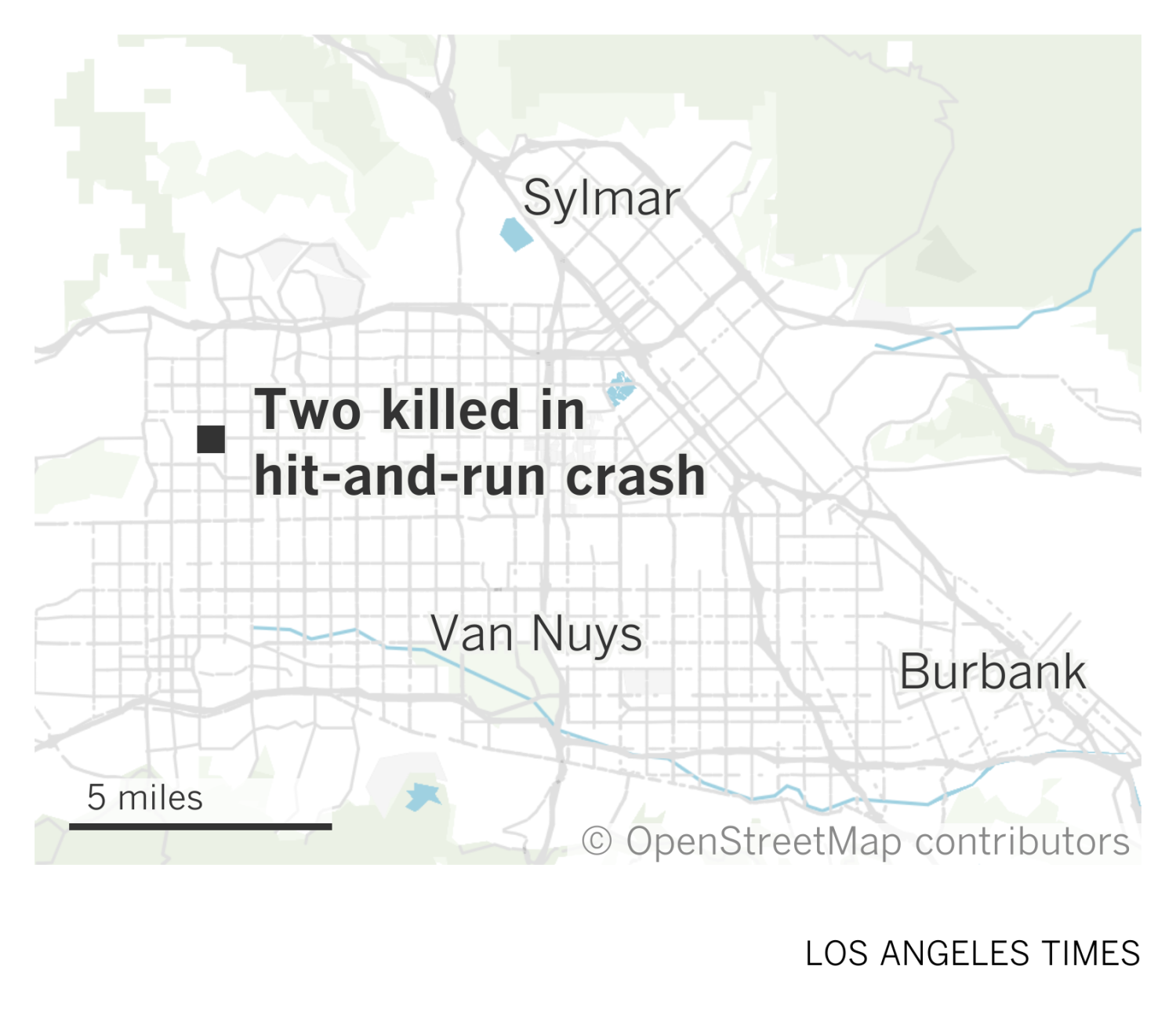 Authorities have apprehended a driver suspected in a crash that left two bicyclists lifeless in Chatsworth on Tuesday evening.

The crash occurred round 7:14 p.m. at 9500 Lurline Ave., in keeping with the Los Angeles Fireplace Division. Firefighters arrived and located two folks lifeless.

The suspect, described as a person driving a crimson truck, did not cease after hitting the bicyclists, mentioned Officer Mike Lopez, a Los Angeles Police Division spokesman.

He continued driving till he crashed right into a wall on the nook of De Soto Avenue and Knapp Road, a few half a mile from the deadly wreck, and was taken into custody, Lopez mentioned.

The bicyclists have been a person and a lady, Lopez mentioned.

Additional details about the crash, victims and suspect was not obtainable.